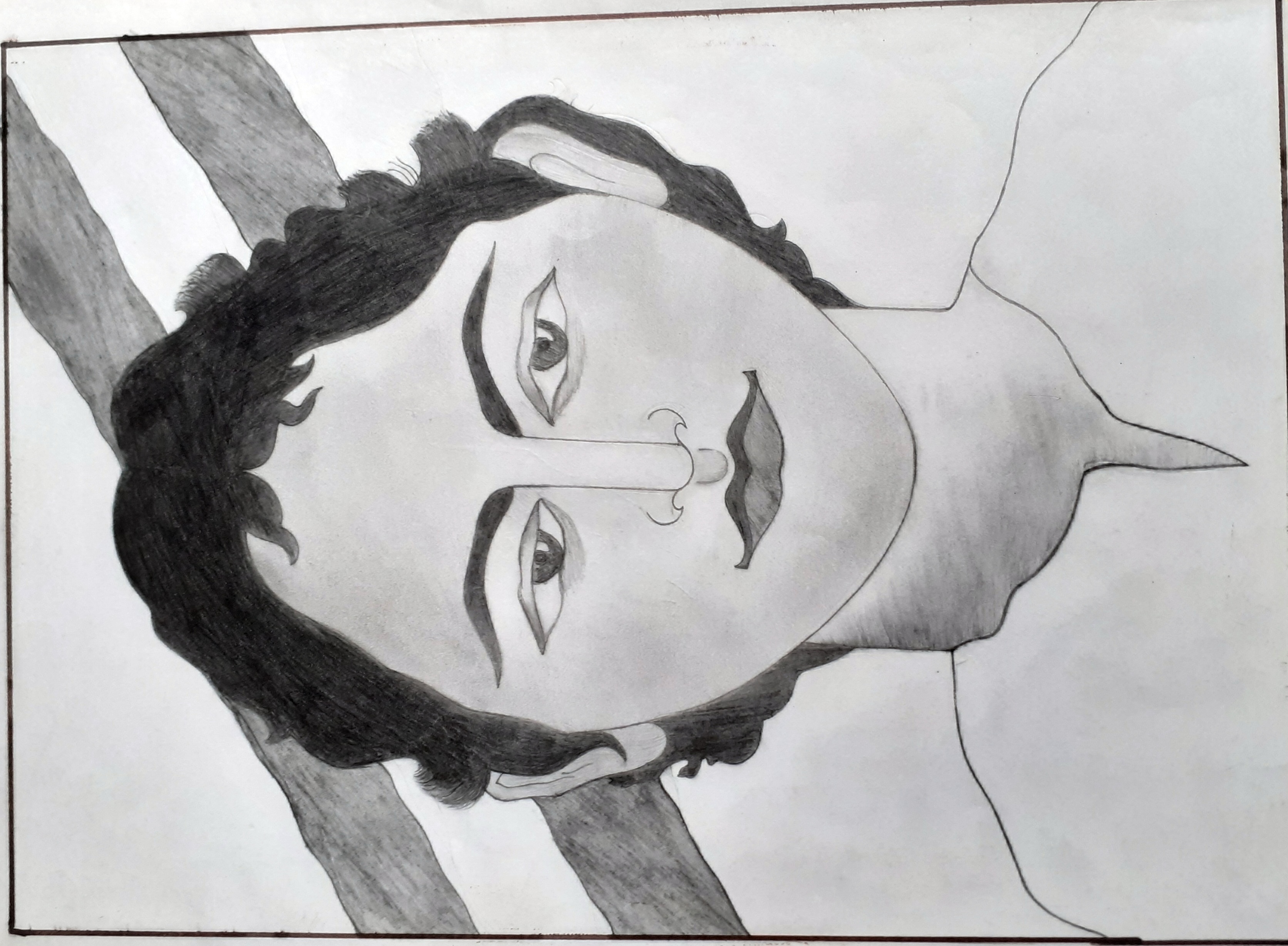 Anyway I sat down at leisure this afternoon to draw a picture of this revolutionary. It took me a little longer than I needed to draw this picture of Khudiram Basu because my drawings are not tried, it is done occasionally so I have to face a little problem at first while drawing.

However, to draw this picture of Martyr Khudiram Basu, I first took a large art paper as well as 2B, 4B, 6B pencil, rubber. Then I first drew Basu's face. Then I drew first the nose, then the lips, then the two eyes above the face and then the black eyebrows above the eyes.

Then I drew her two ears and drew light curly black hair on her head with 6B pencil. Then I drew a shirt on him. At the end of it all I finished my drawing with a very light ink with a 2B pencil.

art painting drawing portrait sketchbook
last month by anima0167
W$2.20
Reply 0
Authors get paid when people like you upvote their post.If you enjoyed what you read here, create your account today and start earning FREE WEKU!