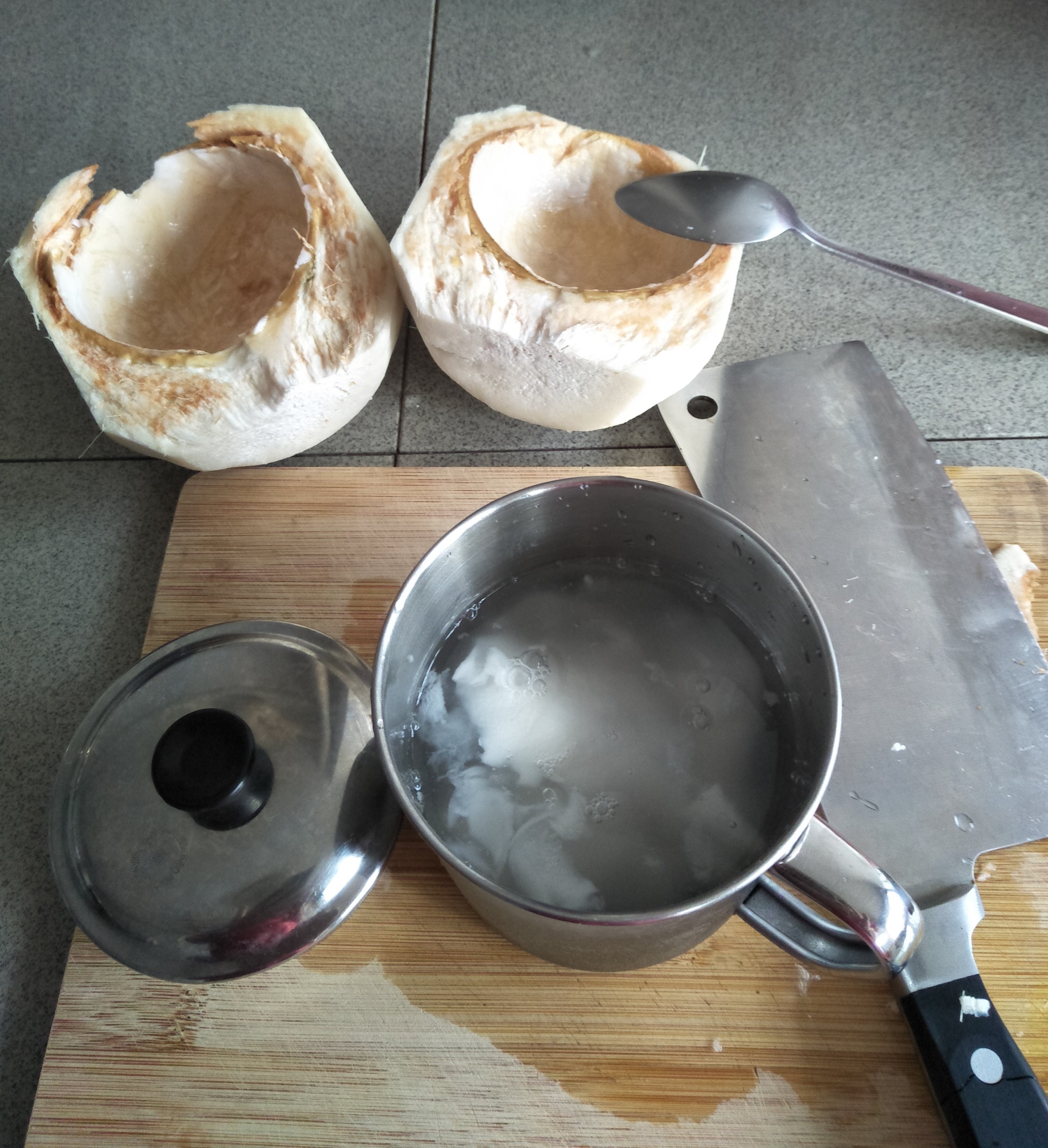 Young coconut water is refreshing, a thirst quencher on a hot day. The flesh is tender and you eat it as you will a fruit. However, getting to the coconut water, and the flesh, or some called the meat, requires a bit of work. You will be more skilful after a few attempts. But, for the first attempt, it might be a bit messy.

If you have never tried it, let me show you how it is done.

This is a young coconut I bought from the shop the other day. Part of the outer husk was removed so it won't take up too much space. 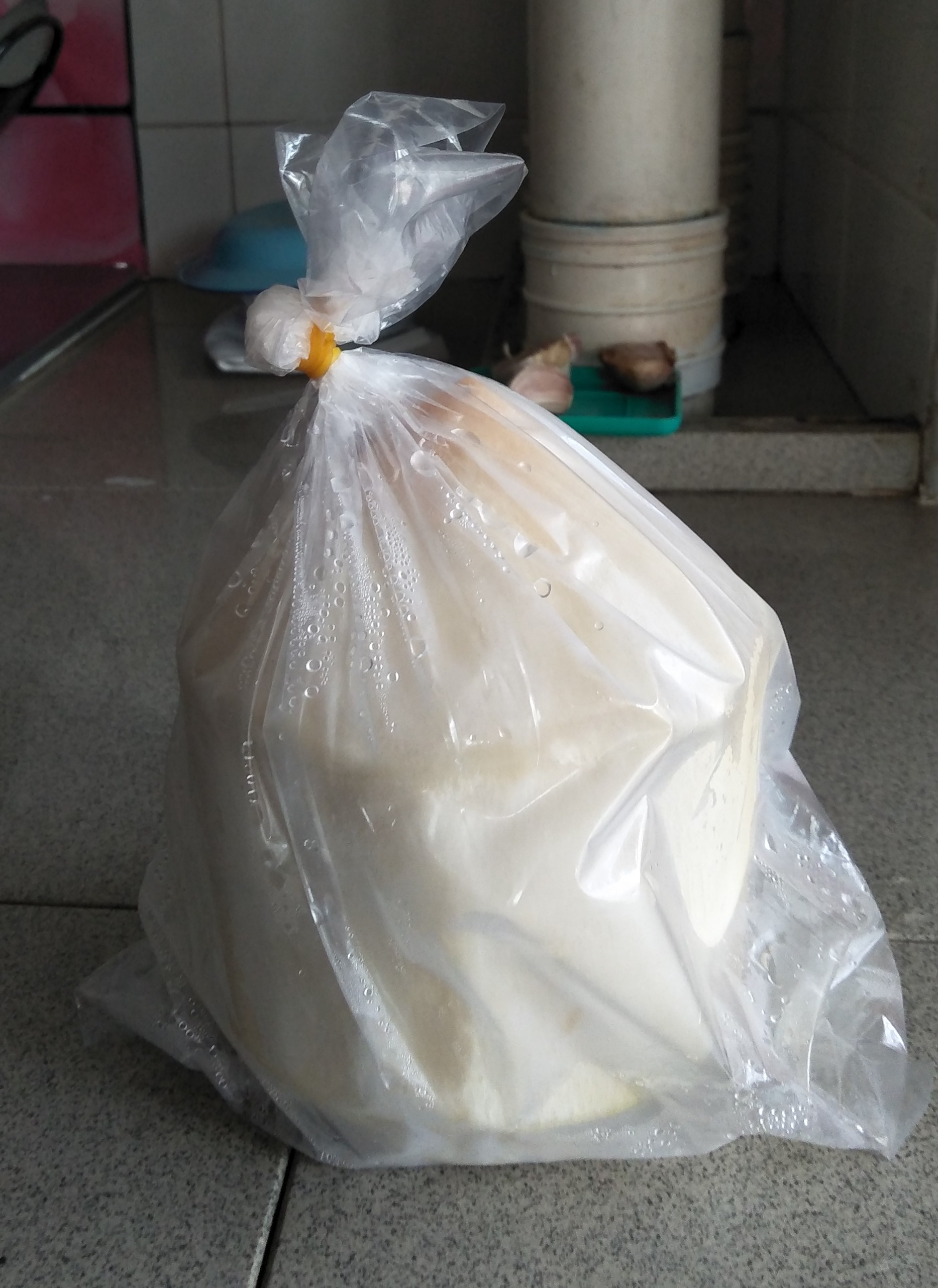 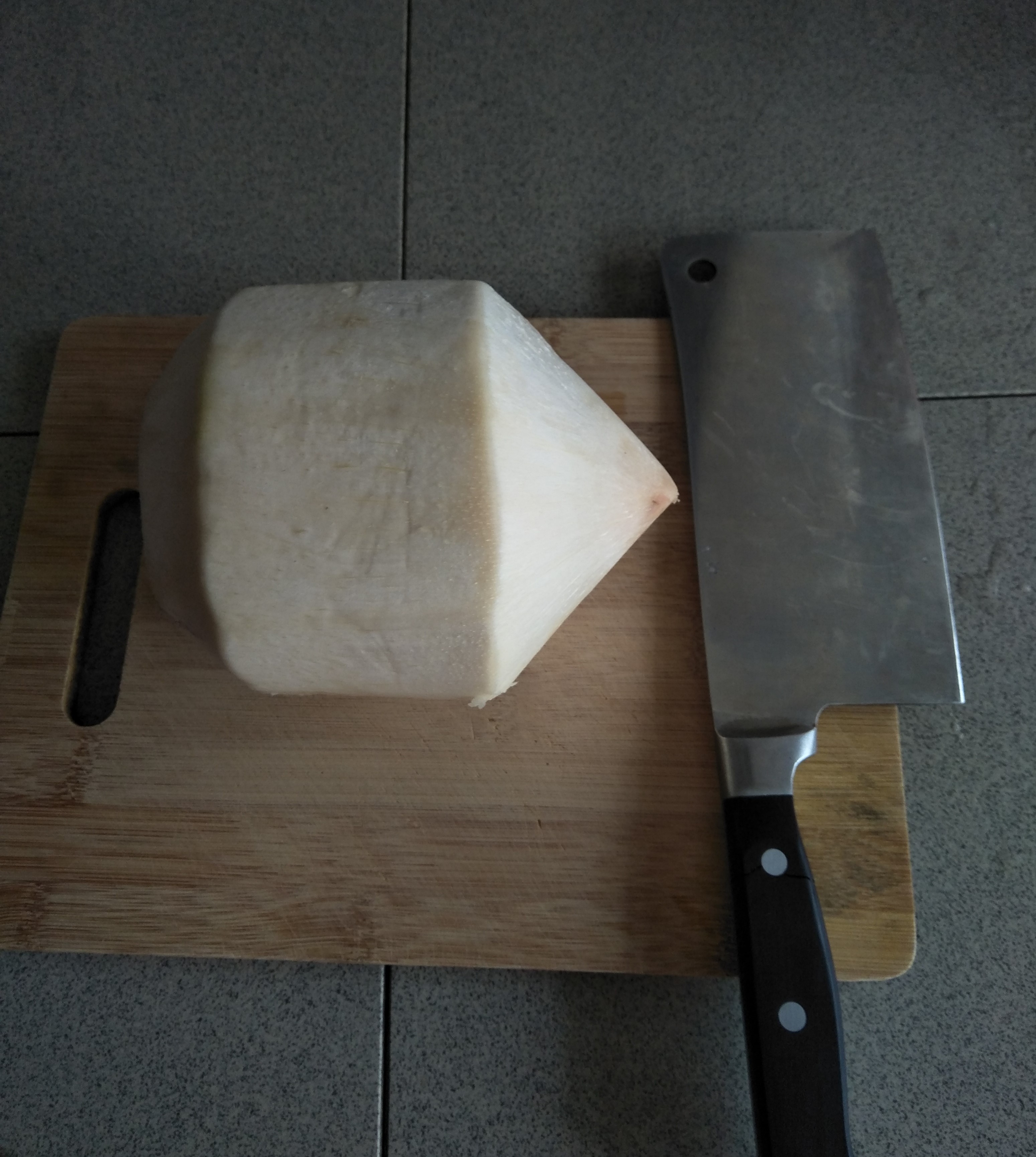 This was the coconut water collected. 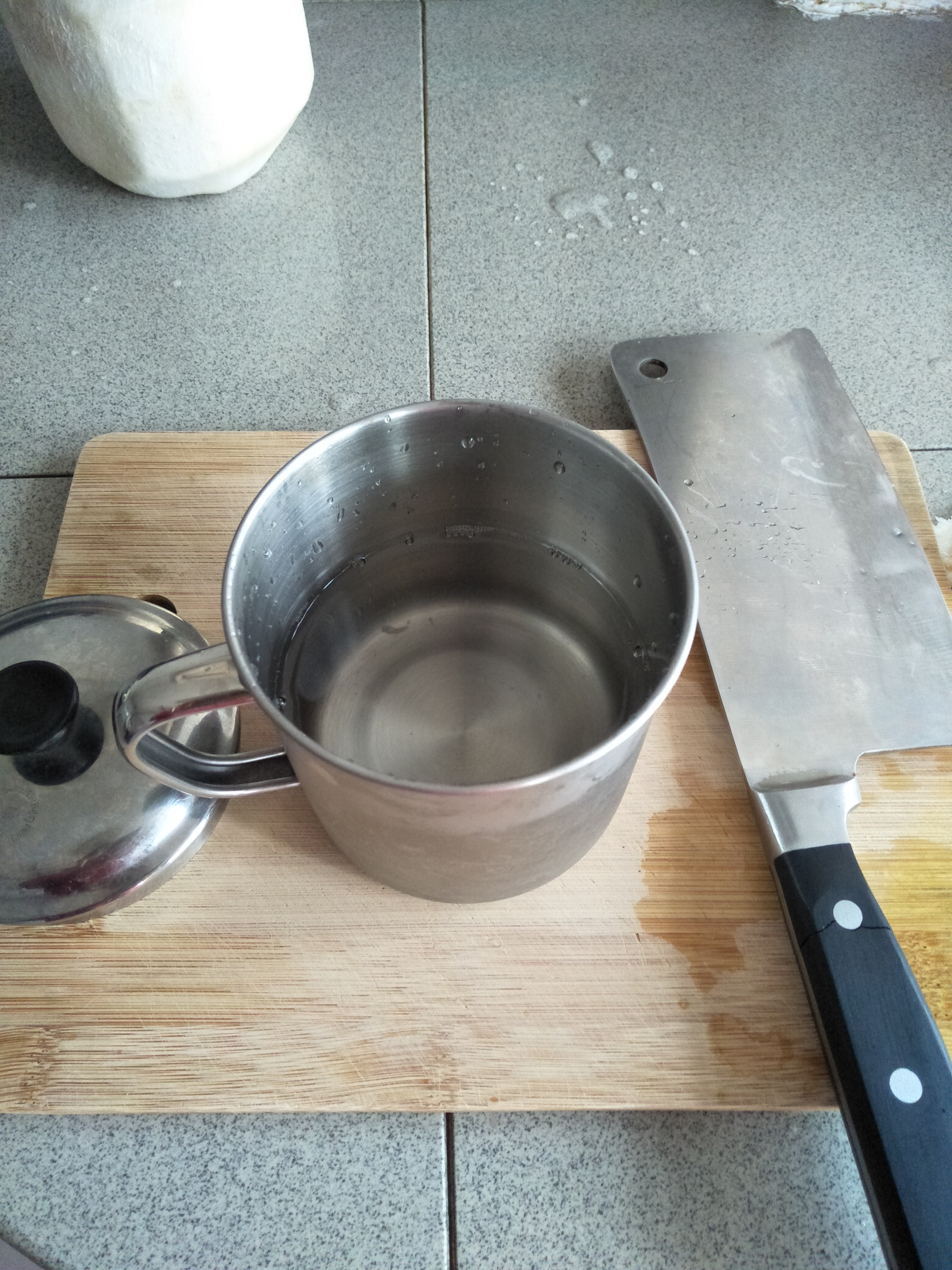 Now, you need to hack the coconut apart to get at the flesh. 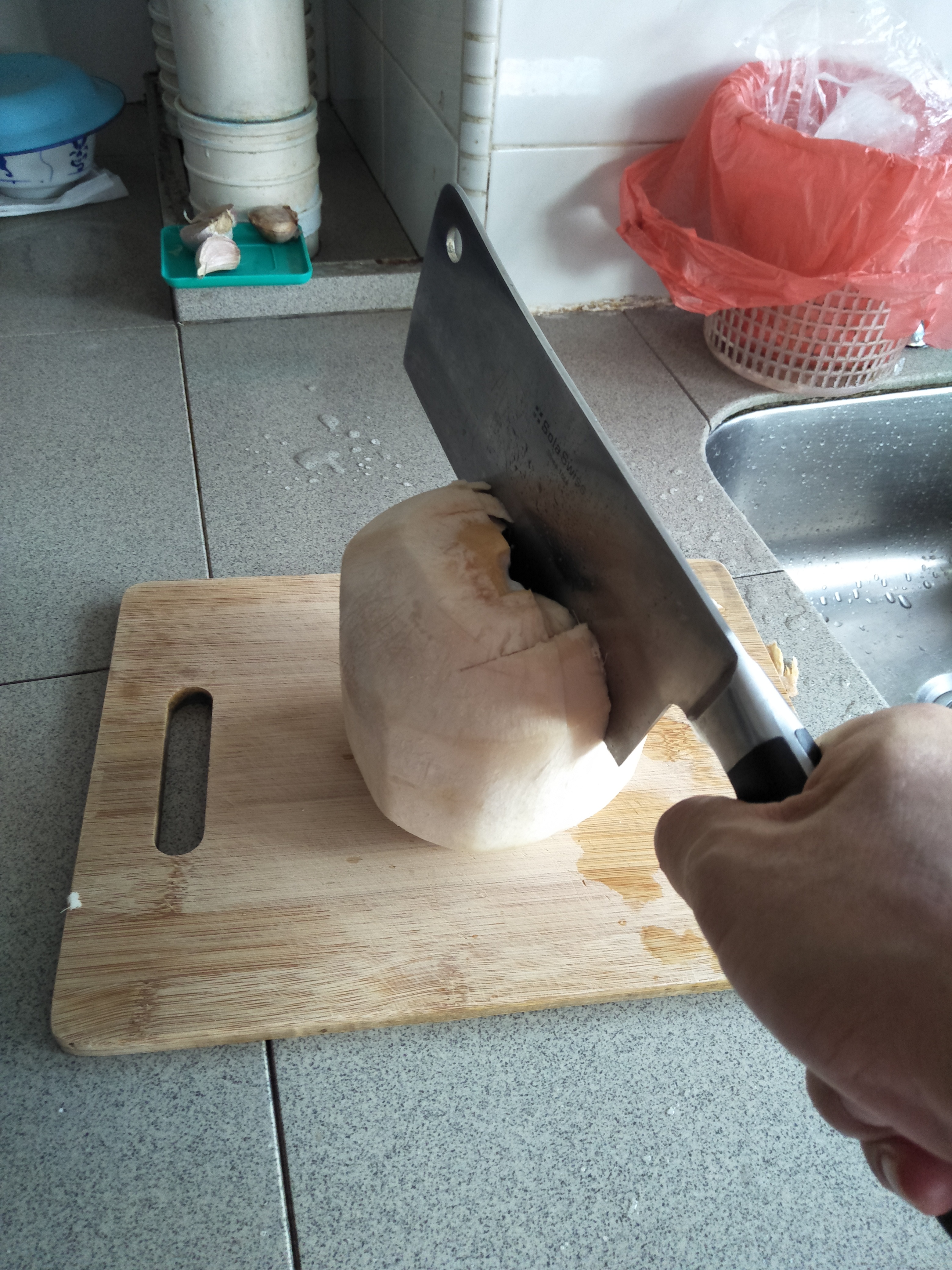 This coconut is a bit too young, so there is not much flesh. You can see that the flesh is not fully grown yet. It is difficult to tell how young or old the coconut is from its current outward appearance. However, if you handled enough of them, you may be able to roughly guess the coconut's age from the texture of the husk. 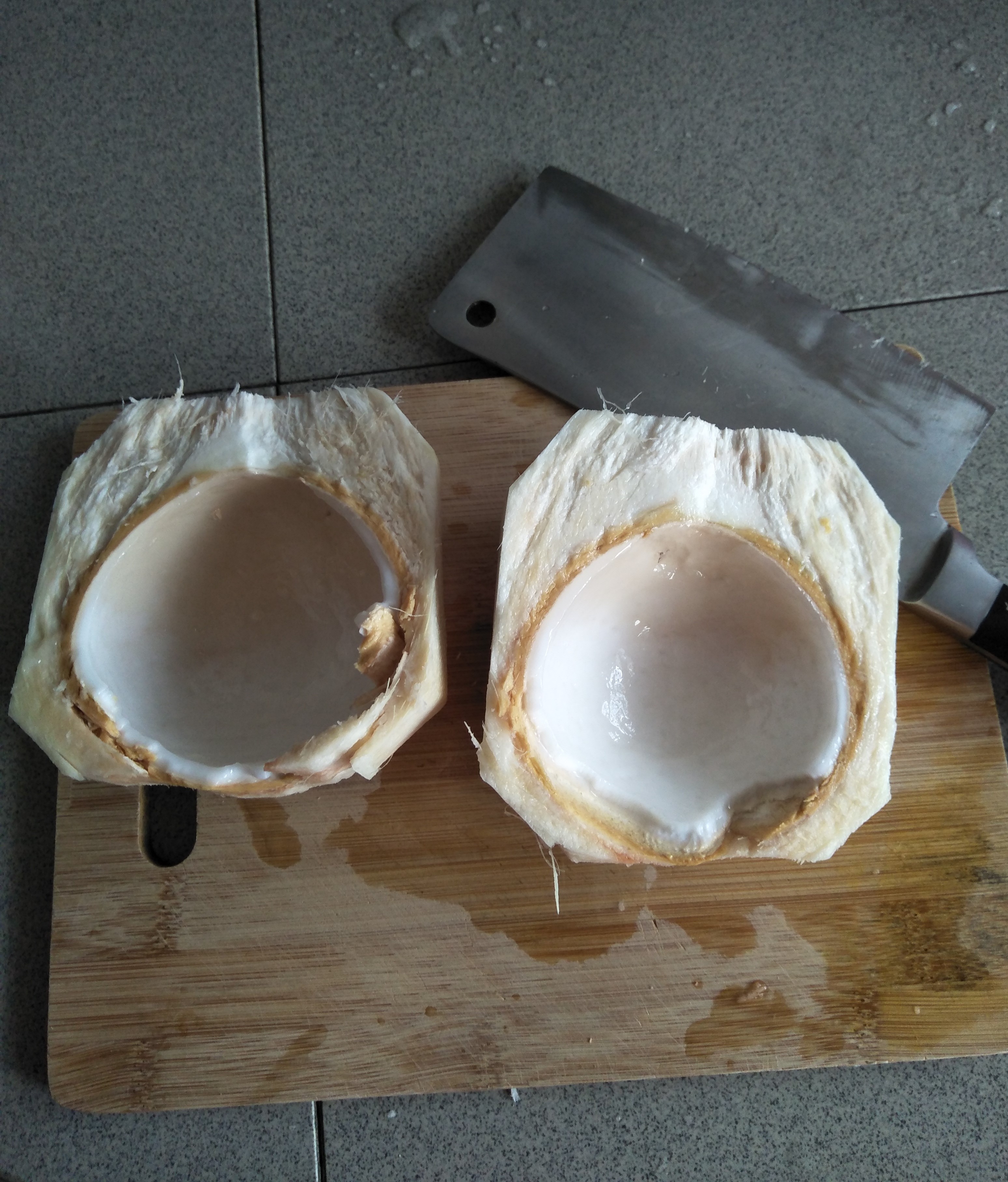 Scoop out the coconut flesh into the container. 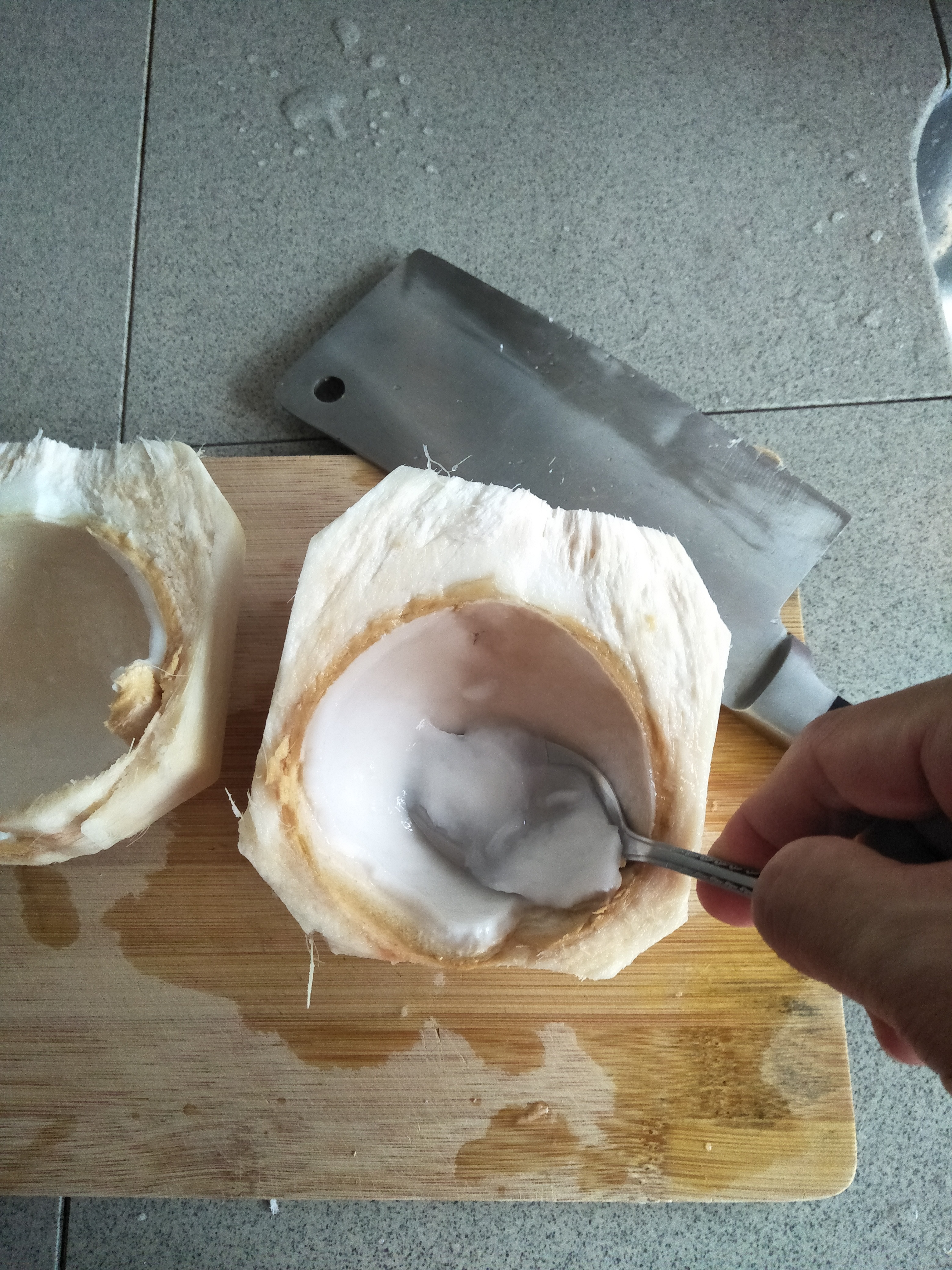 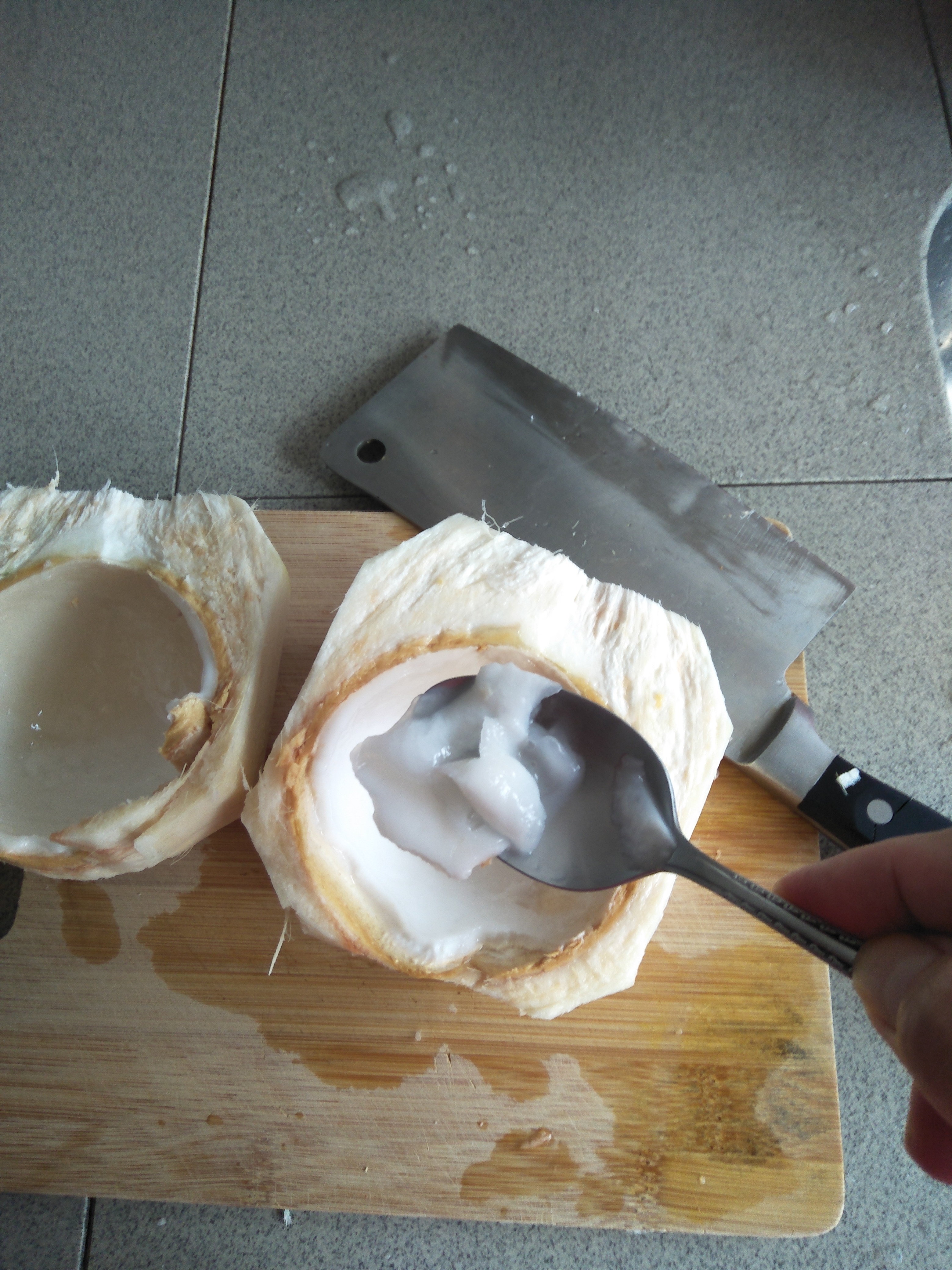 Now, all done and ready to be consumed. I like to leave it in the fridge for a while, so that it is nice and cold, but that is not necessary. 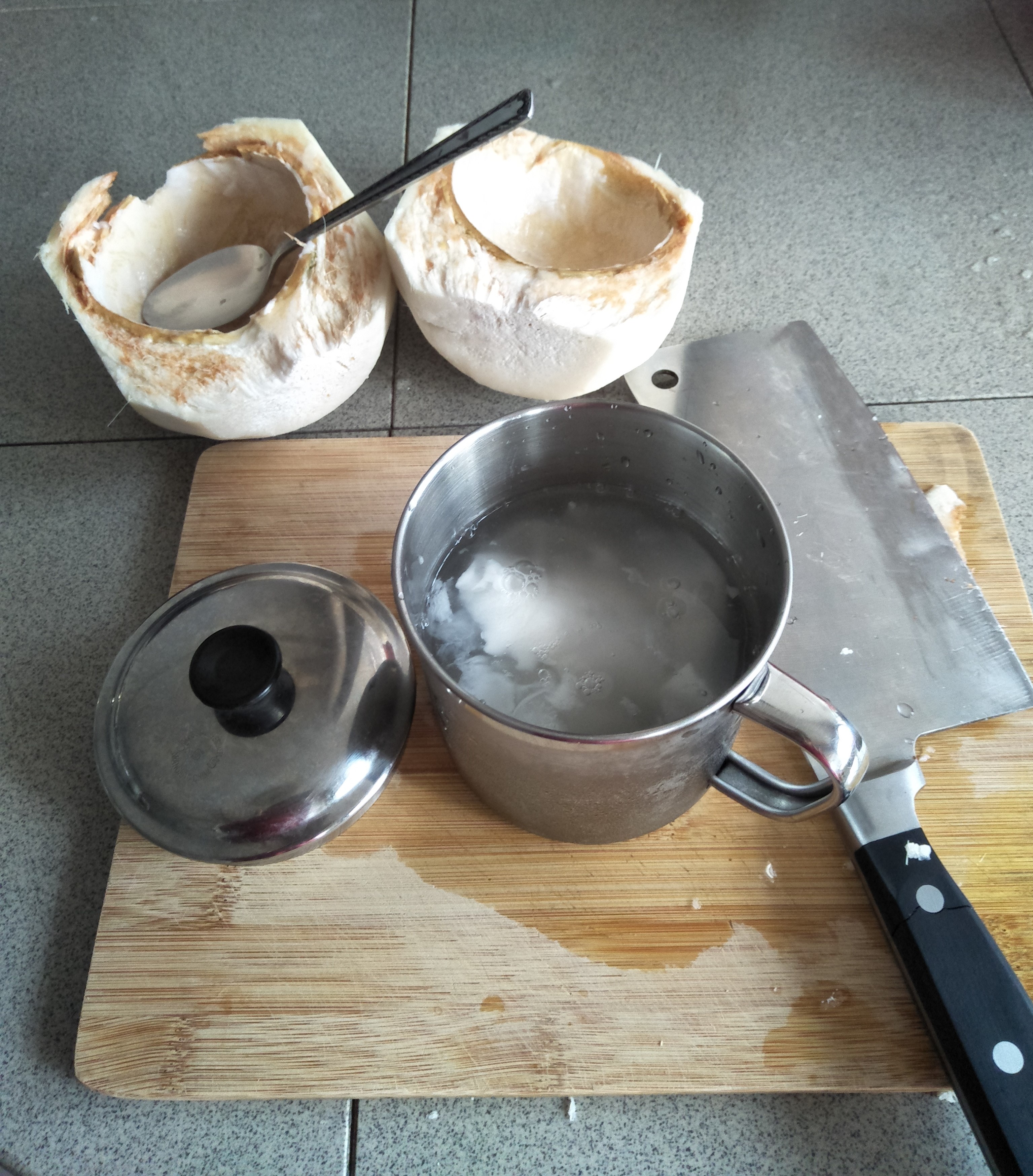 There is no rule to how one should eat a coconut. The process above is how I do it. Some people drink the coconut water after cutting a hole through the flesh. And after hacking the coconut open, they scoop the flesh and eat it immediately. Some separate the flesh from the water, and eat them on its own.

Your coconut. You eat it the way you like.

Thank you for stopping by. If you like the post, please give it a vote. ReWeku it if you think it worthy. Follow me if you like to read about Life, humour and quotes. Cheers!

community-deals w-photo photography life nature blog journal gratefulvibes
4 months ago by iamvince82
W$89.93
Reply 0
Authors get paid when people like you upvote their post.If you enjoyed what you read here, create your account today and start earning FREE WEKU!