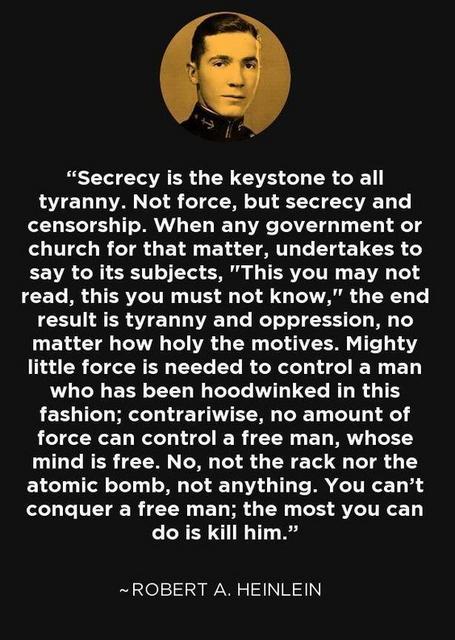 There's a reason that the Deep State will never allow Julian Assange see the light of day again... he may be incarcerated but he's a free man who can destroy their false narrative. Similarly, the internet purge of internet voices that challenge the official narrative will be silenced one by one, if not by Silicon Valley, by the FBI who has already labeled patriots "conspiracy theorists" and "domestic terrorists." There's one thing you can say for the Deep State- they lack imagination. Technology may have become more sophisticated, but the means of controlling the narrative have remained the same. Divide and Conquer- it's the same game they've been playing since their inception... sow the seeds of discord in a society, focusing on differences such as race, religion, ideology etc. and then employ their allies in the mainstream media to fan the flames.

If you stop and think, when Barack Obama was elected in 2008 race relations in America were pretty good, much better than now after eight years under his leadership and promises to "fundamentally change the country." He promised "hope & change" and delivered half... change we got- hope for many is now gone. He used his time in office to become the divider in chief- along with his cohorts in Congress and a fawning MSM. This was done on purpose, just as it's been done many times in many different places... places such as Bosnia during the 1990's. When Bill Clinton took office in early 1993 Yugoslavia was untied but the CIA had already been there sowing the seeds of discord.

When you read this. think about recent events. The deep rage about the last presidential election and the upcoming one. The scorn, derision, and actual hatred for neighbors who think differently. The way the media fans the flames of dissent between our fellow Americans. The anger about immigration. The destruction of Civil War monuments. The unease between the races.

You’ll realize that it definitely CAN happen to us…and there’s not one darn thing we can do except to be prepared.

The tactics are as old as the hills... at least as old as Nazi Germany- dehumanize the opposition and no heinous act becomes unacceptable. This is what's happening right now in the US with divisions over race, sexual orientation, etc.. You don't actually think that anyone in Congress actually supports the trans agenda do you? It's just a tool employes to tear the nation apart ideologically. How much better off we would be if only our forebears had listened to John Adams critique of ideology after the term was coined by French "philosopher" Destutt de Tracy, Adams wrote: "What was this delightful new piece of French rubbish? What did `ideology’ stand for? `Does it mean Idiotism? The Science of Non Compos Mentisism? The Art of Lunacy? The Theory of Deliri—ism?’" Ideology has done for mankind what religion has done for God.

US and Yugoslavia (in 1990) on first look do not have anything in common because people are going to say, “The USA cannot have anything similar to any socialistic system.” This is true but only on first look.  Yugoslavia had somewhere around 20-22 million citizens, six republics (similar to states in the US), 3-4 main religions, and many national groups (ethnicity).  The official state policy was to build Yugoslavian “nationality” (from the end of WW1) and through different ways that effort was successful until the 90s. We were “something big, united through differences with a strong connection to make something big.”

Sound familiar... "united by differences with a strong connection to make something big?" This was America before the Obama administration began filling the country with immigrants that refuse to assimilate... it's the same ploy used by the Deep State to destabilize Libya. First they filled the country with "refugees" who immediately demanded the same rights (and benefits) as native Libyans... now they're doing the same thing here. Like I said before, they don't have much imagination- but when something works, why change.

People are motivated by self-interest, the more they have the more they fear losing it. The Deep State uses fear of the "other" people taking what you cherish- this is how they divide nations.  And then those differences were used to make chaos. In Bosnia the "agents for change" (CIA) used age old religious and cultural differences, primarily Muslim vs Christian. Until the seeds of doubt were planted the two ethno-religious groups had been united under Tito and his Socialist regime.  In the late 80s and beginning of the 90s (when democracy came) the problems started and ended up in series of wars and cases of complete collapse.

Look at the similarities in Bosnia and what's going on in the US today:

Despite the author's (Daisy Luther) language difference she builds a compelling case. That it's being done for political gain is particularly troubling. Satirist Ambrose Bierce sums it up perfectly: "Politics is the conduct of public affairs for private advantage." Qui Bono? This is all part of the Deep State/Democrat takeover of America. The push for LGBTQ+++ "rights" is merely a part of the strategy designed to divide America culturally- the Deep State/Democrats don't care any more about gays, transgenders, or even blacks for that matter, than they do about anyone else... except for themselves and their globalist agenda. Divide and Conquer using any means or cultural schism at their disposal- race, sexual orientation, the climate change cult... all things that were never much of a problem until the propaganda agents in the mainstream media began pushing them.

Strong polarization eventually brings fear and hate towards “others”, and once you get into that state of hate and fear it is very easy to be manipulated, even though prior or later, it looks weird and funny how easily you were brought into that state. I remember the exact moment roughly 25 years ago when I was brought in discussion and actually rioting over the statue of a general from WW2 which was about to be destroyed because for some people he was a war criminal and for others he was a hero and important political figure.

We don't have a new Civil War brewing in America, we're getting ready to refight that same one we had in 1861. Back then slavery was the wedge used to divide people although the war itself was fought over states' rights- the constitutionally  protected right to secede- and the preservation of culture... and money of course. This time it will be over a myriad of extra rights for illegal aliens, transgenders along with ANTI-fa and the other parasites that leach off the taxpayers. On the other side will naturally be the taxpayers and those that support the Constitution. Having the Constitution on their side is a decided advantage, hence the constant and scurrilous attack on the Bill of Rights (and the president). This new Civil War has been fought in the courts for decades with groups such as the SPLC and ACLU in the vanguard- and now it's threatening to spill over into the streets. It is so easy to manipulate people when you throw hate and fear in the game.

Polarization makes things worse when SHTF because it is easier to “dehumanize” others that are different than you. Through the fear and hate, groups are pushed to do whatever the people in power want them to do, even if that means horrible crimes. Remember, once some group of people (religion, political, regional, race…) is dehumanized (for example through smart media work) the rules are changing and everything is possible. For example, with careful media work even today (in time of the internet, social networks, and independent information) it is possible to make the prepper movement look like a terroristic and anarchistic movement and then it’s open season on preppers.

The same thing is true of homeschoolers, anti-vaxers and others. CPS (Child Protection Services) has been weaponized and the children of anyone who refuses the official narrative are being removed from loving homes at an alarming rate... the necessary infrastructure put in place as far back as the 1970's. Again it is about dehumanizing, no matter who or what group. It is about adopting opinions like “they are so different that they do not deserve…( to live here, to have rights…)Once that happens a whole new set of rules jumps in and those rules mean that lot of your liberties and rights gonna be taken too, and that is the problem actually. It's never real until it happens to you.

There are dark forces behind this... forces that will stop at nothing to achieve their goals- and the world is the prize. Look at Europe- flooded with "refugees," an invading army that has been very successful at destabilizing most of the continent. The MSM in America ignores what's going on there purposely- unless something catastrophic happens and then it's  only to divert blame away from the perpetrators... ask yourself why? Then ask yourself who's behind it? George Soros and the globalists, the same people behind the wars, the climate change hoax, the transgender agenda and the rest of it. While you're at it, think about this: Where were all of these transgenders 20- 30- 50 years ago? This is just another pop culture phenomenon being pushed by the dark powers that are dividing the country- and the world for that matter.

I wish I could offer some hope, but this has worked wherever they've employed it... Hitler and his Nazis were just a test run. It's the same dark forces that were behind Hitler that are driving the globalist agenda. Like it says in the Bible:

You might say now “it is impossible in the US”  but I think in this moment it is bigger news than if some reality show star had “spicy” video than to understand how food delivery in your city works and how much food is in one average store if everything stops moving. Yes, it is possible.

There is something you can do... probably not to stop what's coming, but to save yourself and your loved ones. Be prepared. Whether Trump wins reelection or not, what's coming is inevitable. Ask yourself, how much of the Deep State is behind bars? So far the only ones convicted are Paul Manafort, Roger Stone and Gen. Flynn... that should tell you something. Like I said- be prepared, prepared for the worst. 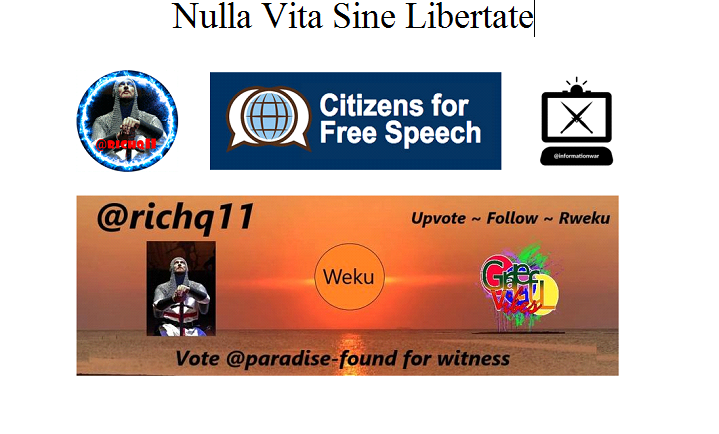 “Sentiment and selfish agenda have given people the momentum to become information givers while recklessness has encouraged some people to use technology for bad, yes for bad because they manufacture lies and disseminate on websites, groups and pages on Facebook, the effect of these fake updates is that when people read them, they become emotional and sometimes react violently.

You are absolutely right Hitler was a test run. I am afraid of what lies ahead but no God will protect me. I will repost. PS I did a grateful Vibes contest post last night thanks @richq11