Time To Get Out 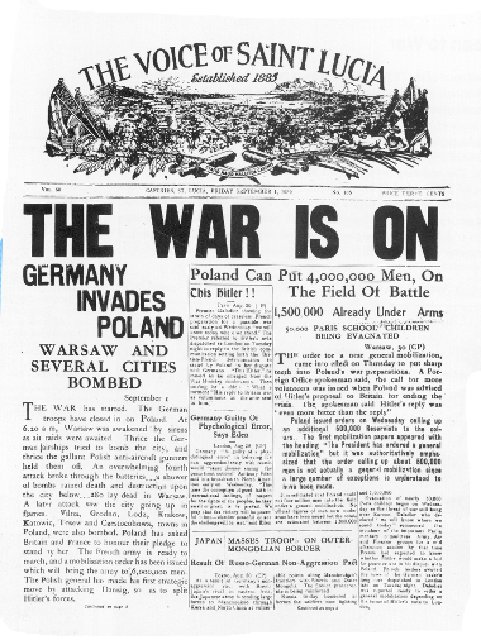 Relax... Germany isn't invading Poland- but the war is on! When I started writing for Weku I got a lot of pushback from members of the Weku community who had legitimate issues with Weku management, yet I was stalwart in my defense of both management and the platform. It looks like I was wrong and although it's too little too late I apologize to those whose wisdom I questioned- often vociferously. Weku is being run by a bunch of crooks! In this criticism I exclude @siamcat who I believe was used and abused by management- I believe that she was set up to take the fall for the misdeeds of the Three Stooges.

My intent was to power down, take my money, such as it is, and go quietly away. For a years worth of work, being on call night and day to write announcements, rewrite the White Paper, or edit numerous things I got paid about $150 for a years worth of work. I could have done better in an Indonesian sweatshop. But I never complained, I just did as I was asked.

During my power-down a "glitch" occurred after going smoothly. When it came to my last 23000 weku "something happened." Now they've started the process all over again- I'm getting 3000 weku a week. Something is rotten in Wekuland and it isn't the cheese! I read this post a while back- I submitted it in my last post.  https://main.weku.io/community-deals/@pankso/is-weku-a-joke-or-even-legit  My question has been answered: Weku is NOT legit, it's a scam.

I'm in the process of drafting a letter to the Securities and Exchange Commission along with the Department of Justice & Attorney General's Fraud Division here where I live. I'm including the White Paper and asking for an investigation. If Weku isn't registered with the SEC (which I'm 99% sure it isn't) they will be in trouble. In America you can't sell unregistered cryptos. I also hope all of the "geniuses" on the Board of Directors are legit.

My advice is to get out now- power down what you can. If my case is any indication, you'll be lucky to get it. If Weku is a joke, it's a bad one- a lot of us went into the hole buying this worthless crap. We're being scammed and it's time for the scam to stop!

community-deals weku scam
9 months ago by richq1189
W$1,592.79
Reply 21
Authors get paid when people like you upvote their post.If you enjoyed what you read here, create your account today and start earning FREE WEKU!
Sort Order:  trending
[-]
squirrelbait84  ·  9 months ago

This is all really too bad and a problem for me. I reference this blog in my videos and I like the atmosphere here and the lack of censorship. I would keep using it regardless of the crypto as an outlet . If it's shut down, anyone watching my older videos will come here and I will be embarrassed if it's gone. I don't care for steemit but I have it so I use it.

All of these platforms are just like the others in my opinion, a data mining project just with stronger endorphine hits. When likes, views, and subscriber numbers don't give you your jollies anymore, turn to crypto rewarding sites. Tickle that money part of your brain. That's all these things are to me.

Makes sense. Probably have to transfer data to new servers.

I'm working on articles for American Thinker right now. The message is more important than the money and I can get more exposure there.

I will post on both until I can't post anymore. If Scott ends up working from home, I won't be able to make videos much and that leaves me with the blogs. I plan to keep using both. Honestly, being online will not be my priority at some point. I am going to rerelease my survival videos starting very soon. I would have put out there all the info I can. Remember I am in an apartment building. We'll see how crazy the local government gets. Again, picking up infected for medical help and picking up political prisoners can look the same .

Having the potential of such a platform and using the levers of real control so mindlessly to lose everything - it's hard to even call it stupid, close to schizophrenia, because it was possible to earn enormous amounts more than steal a penny. I'm glad to meet you again richq11 :)))

You too my friend

Depressing day for sure! With steemit down, and palnet locked up too, options are poor. @siamcat does seem to be good people.

I agree with @squirrelbait, the atmosphere here is comfortable and I like the people! It is good to see you here @richq11; in spite of the circumstances.

I really don't know where that leaves me today. I was censored off of FB, now steemit is down, palnet is locked up; the only thing open is weku, and they are feces....

Maybe I should go out and make some steel parts on the anvil; for the therapy!

I feel worse for @siamcat than myself... she put her heart and soul into this. I'm working on some articles for American Thinker- they don't pay, but it's really good exposure.

I hope you post links to these articles! Yes @siamcat has always been nice! I really never thought I would make money on Crypto, and the only monetary purchases of crypto was on steemit. Not much cash at risk....

I have steemit and palnet both down today. On discord they think it is a buyout take over.

I may have to start my blog ahead of schedule! BUT it is really great to hear from you!

heh, eventually you understood it...

We're being scammed and it's time for the scam to stop!

probably now its too late 'to stop this scam' (personally, I stopped posting here and putting my efforts in like 9 months ago). yes, weku was a sad joke. sadly.

When I started writing for Weku I got a lot of pushback from members of the Weku community who had legitimate issues with Weku management, yet I was stalwart in my defense of both management and the platform. It looks like I was wrong and although it's too little too late I apologize to those whose wisdom I questioned- often vociferously.

Admit it honors you man, thank you.

I could agree about Weku owners tried to make profit of siamcat, but sorry, she tried to make profit of them too... her acts not only happened in Weku, she also fooled her boss in Steemit, and took 1/4 of the reward pool of Tasteem, the community that she was running as manager... anyway is too late to discuss about this, she ran away of both places.

In the other hand, about Weku owners... we need to talk in private soon as possible.

This post should be in trending, sadly @linx and @mazinga no longer belong to me, so cannot help with that.

trending now, and please by ll means keep using linx and mazinga i have blind trust on you my friend

Thanks a lot... in fact I'm out of here, but put in the trending some truth is almost a must ;)

Me and some of my friends with some investigation were warning weku is scam since almost a year. We were silenced by team of @siamcat, if she had tried to understand the situation right now might be lot different, I don't think she is with bad intention but her plan was wrong.

We could have used developers like Nathan and fatesick to do betterment of the platform, instead of paying people to scream, "We are weku, I love weku". DPOS is has many questions, combining it with mismanagement, no development and we were sure to fail!

Honour you man, you admitted you were wrong.

Well, she had a plan and it failed that's obvious. But beyond if her plan was good or bad, her methods were the real problem here. She was very hypocrite towards you and Amar, considering what she was doing behind the scenes.

I am always surprised to see weku still functioning after all this time, I kind of expected it to disappear one day.

It's almost incredible Weku still up , considering all that I have seen here...

Depressing news indeed - as if there is not enough depressing news in the world now. It is difficult to understand why they want to steal a penny, when they can made a lot more out of the platform. But what do I know right? Anyway...

Is this true that there is no beautiful hope for the Weku platform ???

Not sure if you are still reading this? Do you know how to Undelegate Steem Power that I supplied to family members that soon stopped Posting?