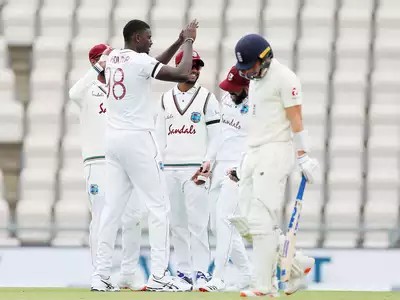 The first Test match between England and West Indies is being played from July 8 at The Rose Bowl, Southampton. Let's know more in detail.

The first Test match of the series between England and West Indies is being played at The Rose Bowl Southampton from tomorrow. England won the toss and decided to bat first. Yesterday was not much longer due to rain in the first day's game. Today is the second day of the match and England are all out by scoring 204 runs till tea break in their first inning.

From West Indies, Holder bowled very well and got 6 wickets and Gabriel also bowled well and he got 4 wickets.

community-deals sports cricket zahidsun
last month by zahidsun91
W$315.87
Reply 0
Authors get paid when people like you upvote their post.If you enjoyed what you read here, create your account today and start earning FREE WEKU!