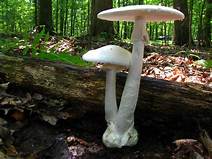 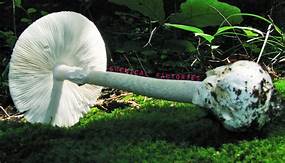 However, only those who are experts in fungi can use them properly, and the general public may face problems because they do not know, because all fungi look almost the same, but it is important to know which are poisonous and which are not.

These fungi are called Amanita bisporigera which is a scientific name. It is also called by some common names such as Death Angel, Destroying Angel etc.

This fungus is a subject of botany. This fungus is discussed in the Practical Book of Botany. I did a little study about this Amanita bisporigera fungus today and found out some unknown things.

These tend to be smoother in proportion to age. The bulbs are irregularly elliptical. The ring is white as well as the membrane is thin, delicate.